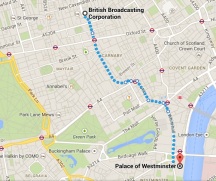 The route for the “No More Austerity” demonstration on June 21st has been unveiled. No backstreets and no detours: from the headquarters of the BBC and the Tax Dodgers on Oxford Street to Downing Street and the Houses of Parliament, the route is direct, visible and to the point. Tickets for our coach from York to the summer’s biggest anti-austerity event are selling well, so please book now so you don’t miss out!

The march route will head south from the BBC in Portland Place, cross Oxford Street and head along Regent Street to Piccadilly Circus. From there, we’ll take Haymarket and Cockspur Street to reach Trafalgar Square and the start of Whitehall. After passing Downing Street and the Treasury, we’ll be in Parliament Square, where the afternoon’s festivities and speeches will unfold. 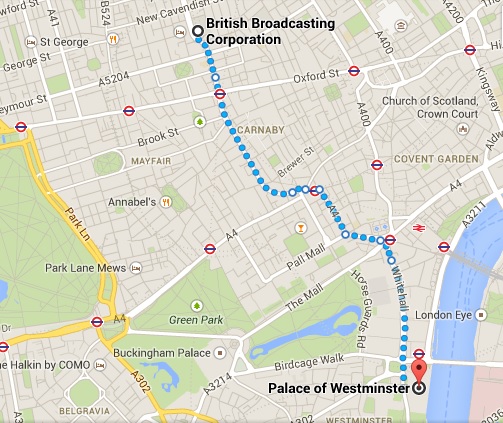